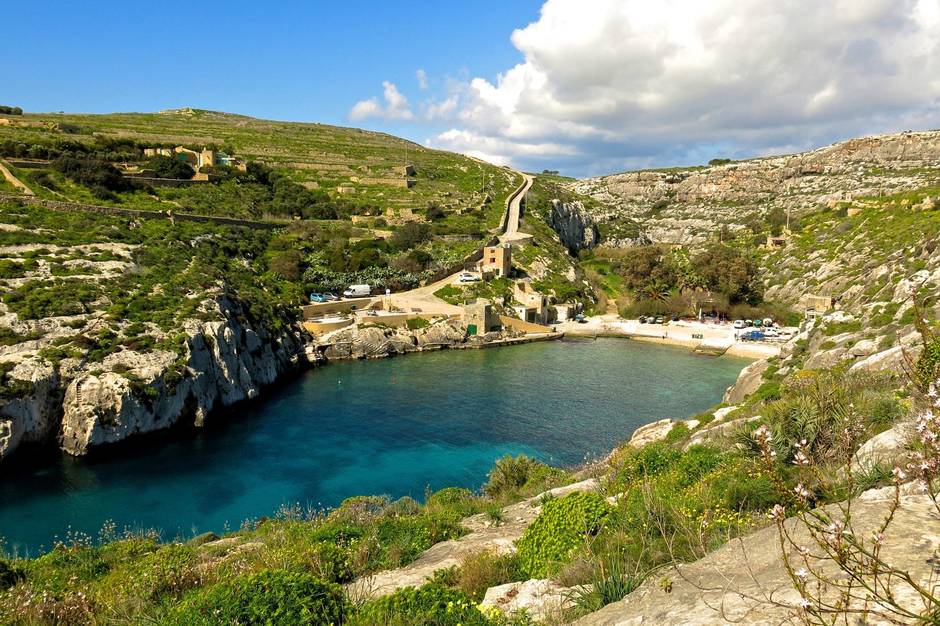 Blessed with breathtaking views from every coastline, it’s really no surprise that tourists and nautical fanatics have been flocking to the islands of Malta for years. There are two main ports used in Malta, however, there are several hidden gems along the coast, allowing passenger vessels to discover the countless bays, coastline communities, and beautiful scenery.

If you’re a movie buff who loves to be on the water, you will truly appreciate seeing some of the most beautiful movie scenes up close and personal. Of course, even the cinematic big screens are no comparison to sailing into the landscape yourself. Malta has been the backdrop to numerous films over the years, but a few stand out among the rest.

This is easily one of the most well-known movies ever produced in Malta. The popular spinach-eating cartoon sailor was reimagined by director Robert Altman in this 1980 live-action film. The feature film starred actors Robin Williams and Shelley Duvall and was produced in the village of Mellieħa, on the northwest coast of Malta.

Sailing into Anchor Bay is a must when booking your charter route if you’re ready for a trip down memory lane. The village of Mellieħa was completely transformed for filming, recreating the comic book village of Sweethaven, home to Popeye and Olive. To accommodate both production facilities and staff living quarters, the set became very elaborate – believe it or not, it took seven months to build. After film production ended, the set was converted into one of the ost popular tourist attractions on the Maltese Islands, now widely known as “Popeye Village.”

Feel free to take in the view from the water or dock for the day and enjoy visiting the set, being greeted by Popeye himself, and discovering the vendors and attractions. No matter what you decide, you won’t be disappointed by the nostalgia, the view, or the gorgeous bright blue water.

Filmed on the Maltese island of Gozo, “By The Sea” was written, directed, and produced by Angelina Jolie. Co-starring alongside her husband Brad Pitt, the couple filmed the movie together during their honeymoon retreat. It’s said the Prime Minister of Malta himself approved the film’s production, which took place in various locations throughout the island, including Mġarr ix-Xini Bay.

The Island of Gozo is a famed destination for tourists, so it’s no surprise there are charter routes planned around the actors’ honeymoon stay. Sailing through the bays as the couple did while scouting film locations is a fan experience like no other. Anchor in at Mġarr ix-Xini Bay to take in the scenery, and you will quickly understand why Angelina and Brad were drawn to the Mediterranean to celebrate their honeymoon and create this cinematic experience.

Filmed at multiple locations in Malta

Set in 1815 on a French Merchant vessel, film producers first struggled to find a location that could accommodate the large ships from the time period. Grand Harbour Bay attracted movie producers to Malta for this film, as it is one of the deepest ports throughout Malta. Not only was the location ideal for shooting these ship scenes, but the view was also incomparable.

With over 80% of the movie being shot on the island, Grand Harbour Bay was only one of many film locations for “The Count of Monte Cristo.”

The crew relocated to several different spots throughout filming, including the Blue Grotto and the city of Vittoriosa, which was selected for its striking similarities to the Port of Marseilles of the 19th Century. Sail on the shores of Xatt Ir-Risq and Fort St Elmo to take in the scenes of “Marseilles,” sink your anchor, and get lost in the view.

Filmed at multiple locations in Malta

Another fantastic film starring Brad Pitt. “Troy” is a historical war film that was shot in Malta, Mexico, and Britain. The box office favorite featured several breathtaking scenes, many of which were filmed throughout the Maltese Islands, including Malta, Gonzo, and the Blue Lagoon on the small island of Comino. In fact, the city of Troy was built at Fort Ricasoli, on the island of Malta.

The Blue Lagoon is a bucket-list item for most travelers, but why stop there? Venture through the dramatic landscapes and discover some of the best scenes in filmmaking with your own two eyes. Sail into Ghajn Tuffieha Beach, where the epic battles scenes in “Troy” were once filmed, and revel at the peaceful shoreline. Drop anchor and stay awhile to enjoy the views undisturbed.

This notorious film starring Russell Crowe and Joaquin Phoenix was shot in three different locations, including England, Morocco, and of course Malta. The film crew devoted a majority of their time to filming in Malta, with nineteen weeks spent in Fort Ricasoli. Positioned at the entrance of the Grand Harbour, the triumphant fort occupies the north shore of Rinella Bay.

If you’re looking for an interesting tour of the beautiful Maltese architecture, Rinella Bay does not disappoint. Travelers are astounded by the panoramic views the anchorage spot offers and its vicinity to Valletta on the distant coast. Sailing into Fort Ricasoli, it is evident why the location was chosen to represent Ancient Rome in the scenes of “Gladiator.” Experience the brilliance that attracted film stars and producers from across the globe as you drop anchor in Fort Ricasoli.

When it comes to movie locations in the Mediterranean region, Malta is second to no one. A true heaven on earth for all movie enthusiasts.

With so many stunning locations, it might be difficult to choose the right ones. However, with the five tips above, you can’t go wrong!

For the best movies locations tour in Malta, make sure you book the right yacht or catamaran and be prepared to feast your eyes on these beautiful sceneries!